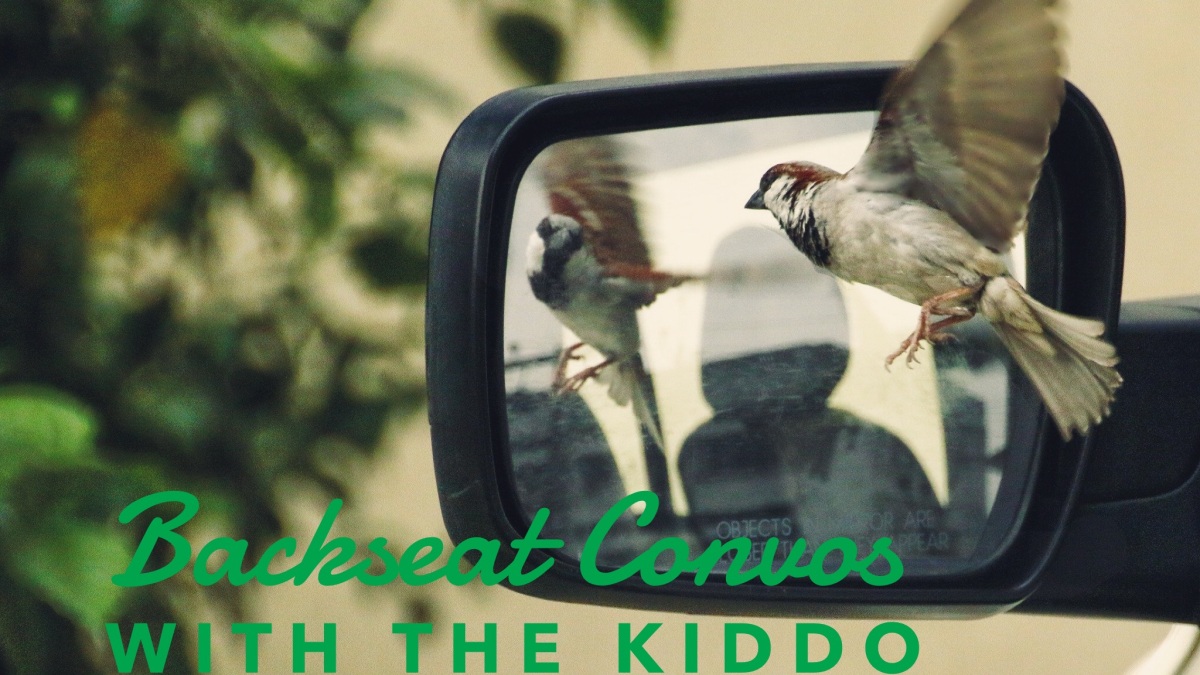 Or am I doing it wrong?

Because this really feels, for the most part, like a fly-by-the-seat-of-your-pants endeavor.

It’s not so much the “where do babies come from?” conversations… those big ones are expected. You kind of get to plan for those. And, honestly, for us that one was easy… Jane came to be in a very skilled fertility doctor’s office. In fact, she knows her origin story so well, we had to go ahead & speed up the talk about the way that many cis/het folks procreate before she started telling her friends with authority that babies were made in the doctor’s office (with a mobile of white Christmas lights above the examination table, for ambiance).

But then there are the conversations that happen as you’re driving to, say, the chiropractor on a random Monday afternoon.

“Mommy, can drinking kill you?” There she was, sat in the back seat looking super-interested in the answer to this question.

But it’s nuanced, you see. Because I’m in recovery. So, yeah, drinking could totally kill me. But I also know that the way I respond to things either provides her something to push back against (and that girl is the queen of push back) or something to think about. Depending on how I handle it.

So, I followed the instructions I keep getting (over and over again) from the Universe… I trusted my intuition.

And I was straight-up honest.

I told her how I got in trouble drinking (read: I hated myself & wanted to escape that feeling). I told her that many folks drink safely. And that she could choose to drink (or not!) when she got old enough. But you can believe that I put a plug in for sobriety being a valid life choice, whether you “have to” be sober or not. We also talked about what happens when you drink too much (acting a fool, blackouts, headaches, puke-fests).

None of this conversation was entirely foreign to her. When you’ve got a parent in long-term recovery, you occasionally bump into a drunkalog story along the way. Because it’s easier to point to what NOT to do with humor than with haranguing lectures.

I remember sitting in an AA meeting and hearing a woman in recovery declare (forcefully) that her child would never drink (as in not ever take a sip of alcohol). I thought that was a foolish premise then. Now that I have a child, I know how truly absurd that idea is.

Jane will drink. She’ll try it at least. And that’s what I acknowledged in our little car chat yesterday afternoon: she’ll make mistakes when it comes to alcohol. And she’ll regroup and make (better) decisions from there.

Not everything has to be black and white. I don’t need the kid declaring herself a teetotaler at (not quite) 10 years old. But I do want her to know that sometimes drinking is kicking back and having a beer on the beach with friends. Sometimes it is … so very NOT.

And that’s the truth for me. She’ll find her truth.

But, as is true with so many other things, she’ll only make good choices about alcohol if she’s at peace with who she is, if knows how to love herself.

And it’s that lesson that I hope really sticks.